Deborah Mitchell is a registered nurse and an attorney who has focused her practice on Social Security Disability law. She and her staff have over 31 combined years of experience in assisting deserving claimants get the Disability benefits they deserve.

We serve Social Security Disability Claimants in East Alabama and West Georgia. We serve Veteran Claimants all over the United States and Puerto Rico.

Deborah is the Attorney at Grossman Law Firm. She dedicates her time to assisting disabled individuals receive the Social Security disability benefits they deserve and has been doing so since 2002. She meets with clients to evaluate their conditions and limitations, prepares claimants for their hearing and litigates before the Social Security Administration.  She is now assisting deserving Veterans to obtain their disability and pension benefits.

Deborah obtained her nursing degree from Southern Union State Community College in 1994 with honors, was the president of her nursing class and received the “Excellence in Nursing Award”. In 1998, Deborah graduated with honors from Auburn University with a Bachelor’s in Science in nursing and was a member of Sigma Theta Tau International. Deborah graduated from Jones School of Law in 2002 “summa cum laude” with a Juris Doctorate, participated on the Jones Law Review, received the “Who’s Who Among Students in American Colleges and Universities” award, received certification in alternative dispute resolution, received the “Honorary Public Service Commissioner’s Award” and has most recently become a Certified Arbitrator and Mediator.

If you have case specific questions, please email Samantha at [email protected].

If you have case specific questions, please e-mail Jessica at: j[email protected]

Thank you for your interest in our firm. To get started, first select the type of case you would like us to review: 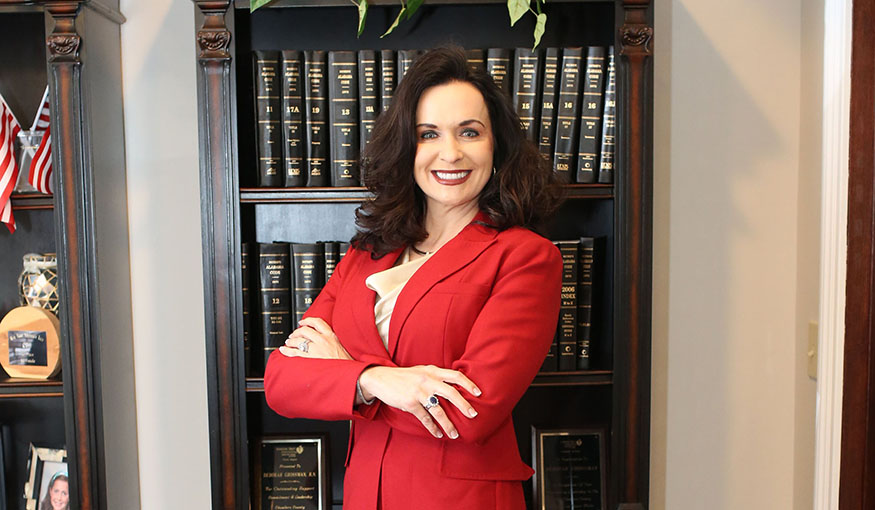